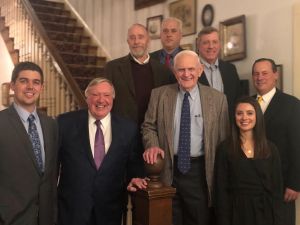 In 1951, Marcus J. Williams, a Somerset County native and a graduate of the University of Maryland Law School, began the practice of law at 3 South Main Street, Berlin, Worcester County, Maryland.  Mr. Williams shared offices, but did not form a partnership with, William H. Scott, a private practitioner, Daniel T. Prettyman, later Administrative Judge for the Circuit Court for Worcester County, and Edward H. Hammond, Sr., the Court Reporter for the Court of Appeals of Maryland.

In the summer of 1964, Mr. Williams employed Edward H. Hammond, Jr., a student at the University of Georgia School of Law, as his law clerk.  Mr. Hammond was joined in 1966 by Joseph E. Moore, then attending the University of Maryland School of Law, who was also hired as a law clerk and as a property surveyor.  Mr. Hammond became Mr. Williams’ associate upon his discharge from the Army in 1969, and Mr. Moore also became an associate after completing his active duty service in the Army Reserve later in 1969. 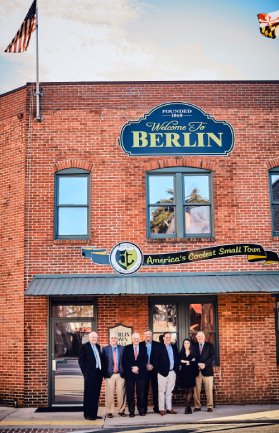 In July of 2002, Mr. Hammond left the firm to act as the full-time County Attorney for Worcester County after holding that position on a part-time basis since the 70s, and the firm became known by its current name of Williams, Moore, Shockley & Harrison.

The law firm of Williams, Moore, Shockley & Harrison, LLP has a long history of service and commitment to the Worcester County community.  Its members and associates have varied and extensive abilities and specialties creating a comprehensive law firm for the service to its clients and the citizens and visitors to Worcester County.